Adobe Dreamweaver is a software program for designing websites, basically a much more completely featured HTML internet as well as programming editor. The program gives a what-you-see-is-what-you-get (WYSIWYG) interface for individuals to produce as well as modify web pages in a much more easy to use atmosphere. Dreamweaver sustains many markup languages, consisting of HTML, XML, CSS, and also JavaScript. As for human languages, it sustains English, Spanish, French, German, Japanese, Chinese (both Streamlined as well as Conventional), Italian, Russian, and much more.
Dreamweaver was originally developed and published by Macromedia in 1997. Adobe purchased Macromedia (that included the legal rights to Dreamweaver) in 2005 as well as proceeded the development of the program. The several features of Dreamweaver make it a functional web editing tool, where it be for creating complicated or very simples sites.

What is CSS Designer

The CSS Designer panel enables you to set up style sheets (internal and external) and to assign styles to them. The CSS designer panel can be both handy and, at the same time, somewhat fiddly to use. It is a useful addition to coding styles by hand as it presents a multitude of CSS properties in a convenient package and helps with managing CSS. To use the CSS Designer panel effectively you will need to understand the basic principles of style sheets and style selectors first. 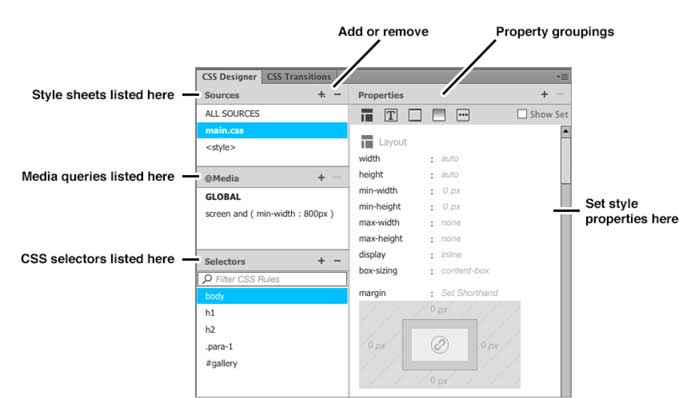 For ease of use when using the CSS Designer panel it is probably best to work in Expanded view rather than Compact (provided there is enough screen space). This will arrange the sections of the panel in two columns. The view can be changed from the button at the top right of the screen.

Set up a style sheet

Set up a style sheet

To create a selector the source style sheet needs to be selected in the Sources section. 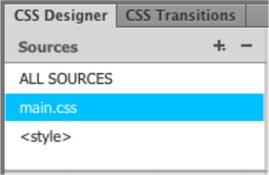 In the Selector section click on the + sign and enter the name of the style to be created.

The style name auto-completes if elements are selected in the Design or Code views. This can be edited as required. When naming class and ID selectors the appropriate prefix ( . or # ) will need to be included. Having defined the style name hit the Enter key on the keyboard (once or twice) or click in the Properties section. The Properties section will now reveal options for defining properties for the style.

The Properties section is ordered into five groupings:

To create properties for the style click on a grouping button to reveal the content for that group and choose the desired options. Also, scrolling down through the Properties section reveals each grouping in turn.

How To edit a style? 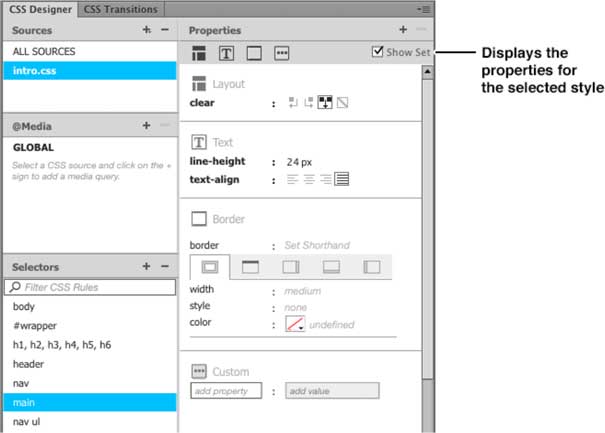 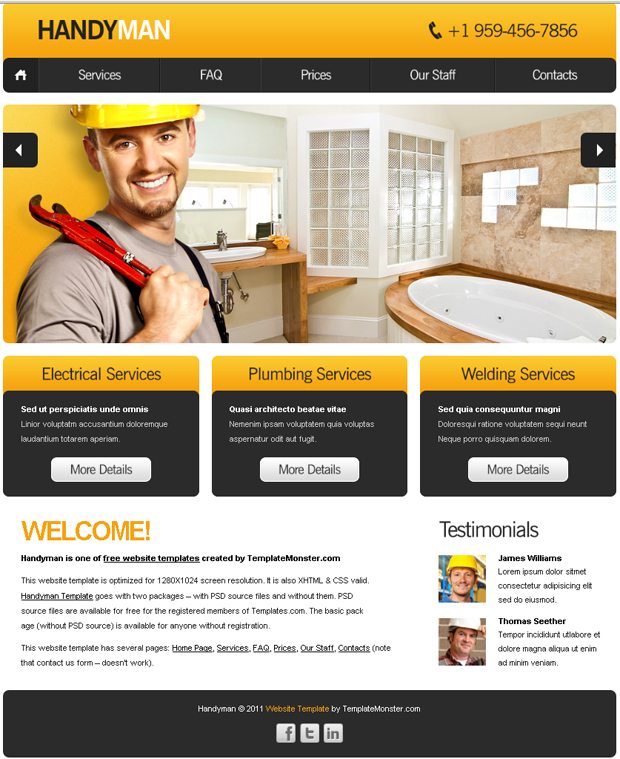 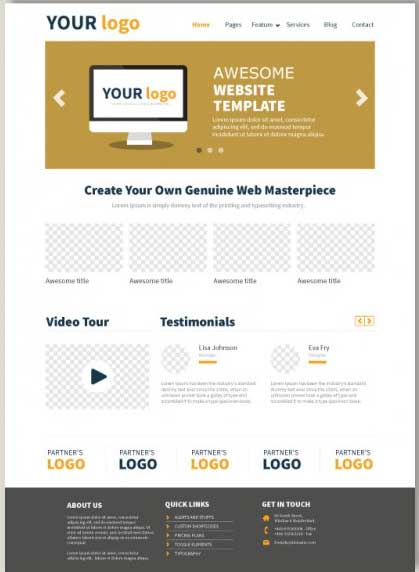 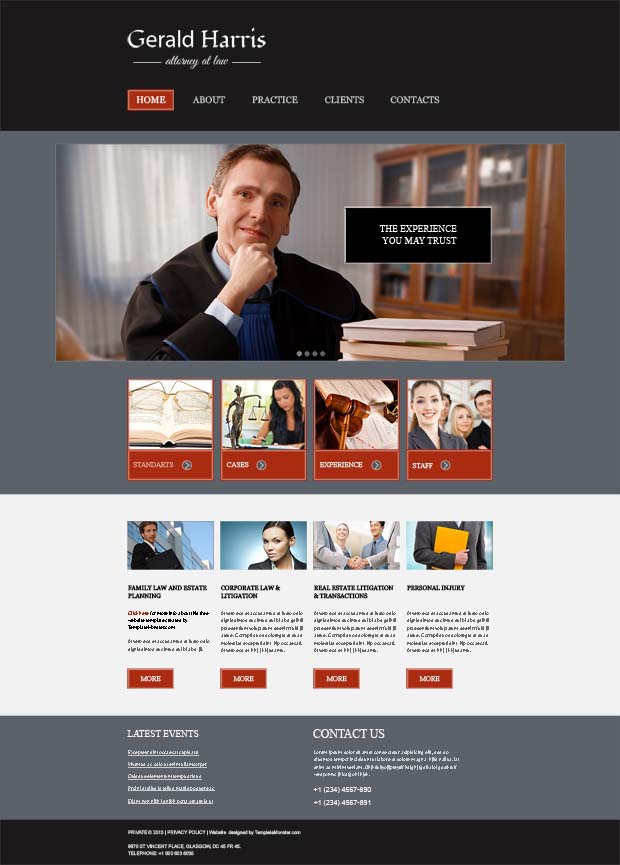