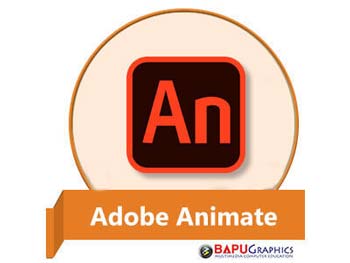 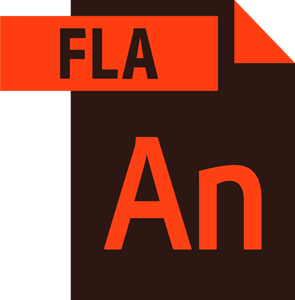 Bapu Graphics is giving training for the last 17 years, Since the Year 2005. From the very beginning, we used to teach Macromedia Flash 5 Software which was further purchased by Adobe and is known as Adobe Animate. And in Bapu Graphics We have regular projects from companies that we use to do with Adobe Animate Creative Cloud Software. Now for students, it is really an Advantage to Learn Adobe Animate full Course from Bapu Graphics because we give

Above are features you will get exclusive for Adobe Animate Training courses, Bapu Graphics in Delhi, Rohini or you can have online classes too for this course, We provide FREE Demo Sessions, and Query Sessions for interested students offline and online.

The Content in the Modules that we cover, makes it the Best adobe animate cc full course in Hindi and English, Online or Offline, basically with flexible features per candidate's convenience.

Adobe Animate vs Adobe After Effects

Adobe Animate and Adobe After Effects are both 2D Animation Software, but the core difference is that Adobe Animate is Vector-Based Software, and Adobe After Effects is Raster-Based Software, and now we had already explained the difference between vector and raster in our Blog Section. Vector means to work on Shape, Drawing, and Illustration and Raster means to work on Images or Photographs, with the smallest unit as a pixel. But in Vector we had the Smallest unit of Point or a Node.

By Comparing Adobe Animate with Blender Software, the core difference is Adobe Animate is a 2D animation software and Blender is a 3D Animation Software. This is the main difference both are Vector Software work in Shapes with the help of nodes and vertex. Animate is used to create Cartoons, Explainer videos, Social Media Posts, Gaming, etc. While Blender is used for 3D Modeling and Animation Purpose and works on Virtual Reality Gaming, 3D Models, Interactive 3D Applications, etc...

In Adobe Character Animator you will be learning to Animate Characters with your expressions and movement in real-time, Select your Cartoon, Record your audio, and with motion graphics and your expressions start Animating your Cartoon, Which is really a good experience and you are done in few minutes, Best Animation Software to learn. Don't miss this opportunity to learn a complete pack of Adobe Animate Software which will get you trained as a professional Animator.

We provide 100% placement after learning this Adobe Animate course from Bapu Graphics. Click here for the Placement procedure followed by Bapu Graphics.

Initially, I tried to learn Adobe Animate on my own, as I was already working on Adobe Photoshop & Illustrator, with lots of confidence, but the least results. Later I started looking for adobe animate free courses, and tried a few, but wasted more time, which is more important than money, ultimately while searching for an adobe animate cc online course, I came across Bapu Graphics, and finally, my search was over and in a couple of months completed this course adobe animate, and after adding it to my CV, got an Advance Job role & an unexpected salary hike. Thank You Saurabh Sir for upgrading my skills.

I was very skeptical about starting Adobe animate cc online course, as I never had taken any online training but due to my health issues I wanted to avoid traveling much, so after lots of research I opted to start it with Bapu Graphics, and today I have no regrets about it. I am working with a reputed firm that too from home. Many thanks for being a guiding star for me Sir. I have already referred 3 of my friend & cousins in the last two months, since I have completed my adobe animate cc training, to join Bapu Graphics for the best adobe animate tutorials and any Multimedia courses.

Adobe Animate is highly demandable Industry Professional Software, to learn, and after this Bapu Graphics ensures students get 100% placements. After completeinging this Best Adobe Animate Course in Delhi or by taking online classes, you become eligible for variety of Career opportunities, as to become a 2D Animator, Cartoon Animator, Social Media Presentation Maker, work as Game Designer or Developer, Create any kind of Animated advertisements, explainer of infographic videos, E-Learning work in Publishing house and many more opportunities.

Bapu Graphics has tied up with more than Five Hundred Animation Companies to provide you with a Placement. Learning with Practical training makes it Best Adobe Animate Course, and every candidate is been assisted with Placements at Bapu Graphics.

Duration of the course is 80 Hours. You can opt the track per your preference, as Adobe Animate CC Course in Rohini, With Bapu Graphics, provides flexible timings to their candidates, considering their requirements.