Learn Corel Draw for All Media

Coreldraw is the most Advance Designing Software to learn. Learning Complete Software with all 100% commands with its options make student perfect in all kind of Raster Designs. While Learning commands and options Bapu Graphics Institute also provide students with Daily Skill Assesment Practice with Practical Projects and students also get chance to work on Live Projects.

Work of art creation: How frequently have you gotten a fifth-era photocopy, a scarcely meaningful fax, an amazingly unpleasant bitmapped picture or, best of each of the, a representation on a mixed drink napkin? Numerous commit the basic error of importing this craftsmanship into weaving programming to attempt to make modification on the fly, where they invest more energy tweaking components and never wind up with a really proficient employment. The other methodology is to take these flawed bits of fine art and reproduce them starting with no outside help as opposed to attempting to alter segments. The deciding result here is a superior employment and more fulfilled clients. 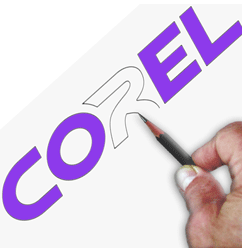 Vector following: Vector following is a standout amongst the best routines for using a design program. How frequently has a client given over a printed or checked picture when what you truly required was a decent vector record? Manual transformation of bitmap into vector is to a great degree tedious. Adjusting pictures from print or sweeps into a vector design frequently requires hours of work and information of drawing apparatuses. CorelDRAW has an inherent component that permits clients to consequently change over a bitmapped picture into a vector picture utilizing a capacity called Corel Trace. Corel Trace is an enchanted device that more often than not gives decent results in any case, much the same as any mechanized procedure, there are breaking points to the outcomes in view of the nature of the first work of art.

Lettering: Lettering is additionally a capable capacity inside CorelDRAW. About 90 percent of all weaving contains lettering. While numerous weaving programming projects offer a huge number of textual styles, they don't generally offer the accurate textual style to match the client supplied fine art. The issue with most textual styles in client supplied fine art is that, unless it is vector, the pixilation makes it exceptionally hard to make decent straight sections with uniform segment widths.

Shape control: Another point of preference of working in Corel is the capacity to control shapes. A bitmap picture is a strong question and is exceptionally hard to alter. Since a bitmap is contained pixels, any altering must be done through the control of the individual pixels. A vector item can undoubtedly be altered through the control of the hubs. A hub speaks to a point on a shape and hubs control the organization of a shape with respect to whether lines are straight or bended. Less hubs make altering a less demanding errand.

Bapu Graphics Provide Step by Step Complete training for the designers or students learning Corel Draw. Bapu Graphics has full customization course and works on Individual students by providing Projects for the particular fields in which they had Interest.

Menus and tools are arranged

Edit and Manage your Drawings

How set up a Drawing Page

Learn how to layer as you draw

Set up a drawing page

Use Guidelines and Text tool

Learn how to shape, form, and adjust artistic text

Enhancing your designs with special effects

Techniques such as casting shadows on objects

Learn how to mold, shape, and adjust your designs

Practical applications for these same tools

Copy the Properties from one object into another

Concentrate on page layout for this lesson

Lesson 12 - Sharing and Showing Off Your Artwork In Corel Draw X7, Being the Latest version of Corel Draw it is with its most advance features. Which all are completely covered while learning Corel Draw advance course from Bapu Graphics Institute.

Some Useful Articles on Coreldraw.

For more on Placement procedure read this.